Dr. Edgar Mitchell: “UFOs are real. We have been visited.” 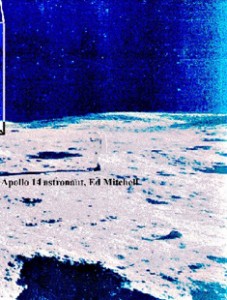 Dr. Edgar Mitchell, NASA Astronaut and the 6th Man to Stand on the moon recently made the above statement during a live interview on Kerrang Radio.

He went on to say that the Roswell crash – he actually called it the “Roswell Incident” took place and stated that he was not the only man to have stood on the moon who was in the know on this topic.  As you can hear in the YouTube clip of the actual interview (below), the host is shocked nearly speechless at Mitchell’s revelation.

Having listened to the interview as well as having followed this topic with keen interest for most of my life I have to say that this is one of the most credible, high-profile disclosures of extra-terrestrial visitation that has ever been made.

Beyond his stature as an Astronaut, Dr Mitchell is a well-known scientist with a reputation that is beyond reproach.  It is difficult – if not impossible – to repudiate his remarks.

As responsible journalists the host of the show as well as his producer attempt to get a response from someone within NASA – this clip is also below.  NASA’s response – both that of the public relations officer that fielded the call as well as the written response the show also received were suprising in the first case and predictable in the second.

The telling quote from the PR person:

“I can try to do that for you [get someone to comment]. Let me see who would be willing to dispute what an Astronaut said – if he said it…”

By itself this statement is fairly curious but in the context of his pauses, umms, ahs and weak attempts to refute the possibility that Mitchell did in fact make these statements it would seem to speak volumes in relatively few words.

The written reply they received was not nearly so surprising:

“Dear Alex, NASA does not track UFOs.  NASA is not involved in any cover-up.  Dr Mitchell is a great American but we do not share his opinion on this issue.  Thanks for the opportunity to comment.”

During the interview the host and Dr Mitchell discuss the timing of an “official disclosure” – by which one would assume they mean a duly authorized government or military official holding a press conference and stating publicly that we have been in contact with entities from outside of our solar system, that they are intelligent, possess vastly advanced technology and are clearly not hostile towards humans.

What we should realize is that this is EXACTLY what happened in the interview.  Our government – either willingly, or perhaps as a result of the inexorable pressure being exerted by other countries’ disclosures – is trickling this information to us in ever greater depth and from persons of ever increasing credibility.

While there are probably still people at the highest levels inculcated with the fear the Brookings Report engendered, it would seem that others have realized that the truth of this matter will ultimately be revealed whether they like it or not.  Given this fact, the only way they can retain any credibility is to leak this information a little at a time ahead of finally acknowledging the facts while at the same time blaming  previous administrations for their cover-up and the decades of lies and denials.

Dr Mitchell is unquestionably patriotic and I find it difficult to believe that he would make these statements so casually.  Personally I suspect that his remarks on Kerrang Radio are simply a next phase in the disclosure process that is taking place even as I write this.  Similarly, NASA’s statements of denial are also part of the process – they are intended to give those people who NASA believes may find this information difficult to accept a refuge in the form of contradictory statements from an “official source”.

If I am correct in my assessment you can expect more of this type of disclosure/ refuted disclosure over the next couple of months with the source doing the disclosing becoming ever more public, and ever more “official” while the part doing the refuting will likewise diminish in credibility and stature during the same period.

I know some people won’t believe any of this until there’s a press conference complete with UFOs on the Whitehouse lawn but for the rest of us this is a very exciting time.  Hopefully there’s much more to come!

9 Responses to Dr. Edgar Mitchell: “UFOs are real. We have been visited.”