This just in from Zurich.  Reports indicate that there has been a “minor incident” at the recently restarted Hadron Large Collider/CERN Lab.  Apparently efforts to contact the lab itself have so far been unsuccessful and a spreading “zone of EM failure” has  resulted in communcation failure across the region including news media, police, fire and even radio operators.

We have been able to obtain several real time sattellite images from the scene and these pictures are disturbing to say the least.

Labels have been applied to help you understand the visuals below: 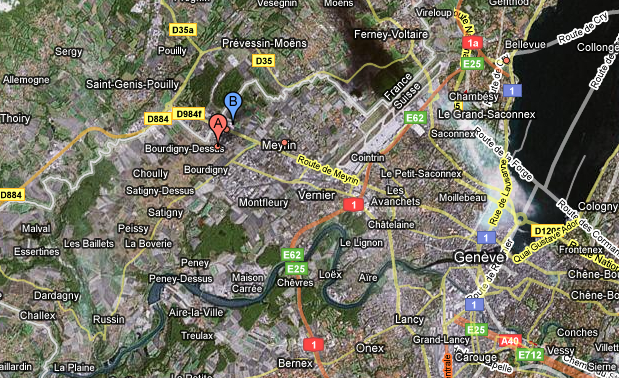 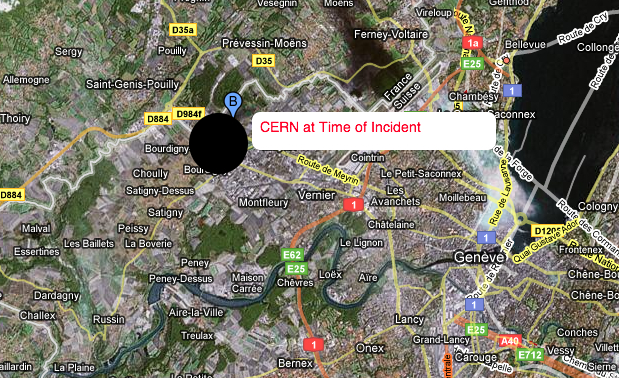 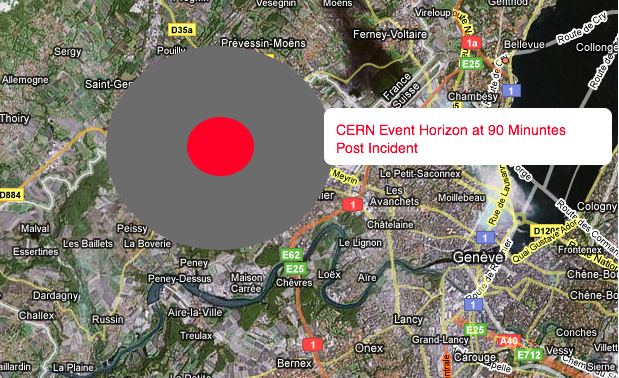