It’s easy to think of people from the underdeveloped world as quite different from ourselves. After all, there’s little to convince us otherwise. National Geographic Specials, video clips on the Nightly News, photos in every major newspaper – all depicting a culture and lifestyle that’s hard for us to imagine let alone relate to. Yes – they seem very different; or perhaps not. Consider this story related to me by a friend.

Ray was a pioneer in software. He sold his company some time ago for a considerable amount of money. After this – during his quasi-retirement he got involved in coordinating medical relief missions to some of the most impoverished places on the planet, places such as Timbuktu in Africa.

The missions were simple – come to a place like Timbuktu and set up medical clinics, provide basic medicines and health care training and generally try and improve the health prospects of native peoples wherever he went.

Upon arriving in Timbuktu, Ray observed that their system of commerce was incredibly simple. Basically they had two items that were in commerce – goats and charcoal.

According to Ray they had no established currency – they traded goats for charcoal, charcoal for goats or labor in exchange for either charcoal or goats. That was basically it.

Ray told me that after setting up the clinic and training people they also installed solar generators for the purpose of providing power for satellite phones that they left in several villages in the region.

They had anticipated that the natives, when faced with an emergency or if they needed additional medicines or supplies would use the satellite phones to communicate these needs however this isn’t what ended up happening… 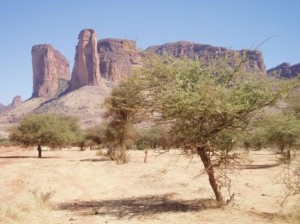 Two years after his initial visit to Timbuktu, Ray went back to check on the clinics that they had set up and to make certain that the people there had the medicines and other supplies that they required.

Upon arriving at the same village he had visited before Ray was surprised to note that in the short period of only two years since his previous visit things had changed dramatically – things that had not changed for hundreds, perhaps even thousands of years.

Principally, the change was to the commerce in Timbuktu. No longer where goats and charcoal the principal unit of currency. They had been replaced by a single unified currency – satellite phone minutes!

Instead of using the satellite phones to call Ray’s organization, the natives of Timbuktu had figured out how to use the phones to call out to neighboring villages. This enabled more active commerce between the villages – the natives could now engage in trade miles from home – coordinating trade between villages, calling for labor when needed or exchanging excess charcoal for goats on a broader scale for example. Of course their use of these phones wasn’t limited strictly to commerce – just like you and I, they also used these phones to find out what was happening in other places – who was getting married, who was sick or injured or simply to communicate with people from other places that were too far away to conveniently visit.

In other words, a civilization that had previously existed in a way that we would consider highly primitive had leapfrogged thousands of years of technological and cultural development and within the briefest of moments had adapted their lives to a technology that is among the most advanced of any broadly distributed in the modern world.

It’s a powerful reminder that in spite of our belief that primitive cultures are vastly different from us the truth is that basic human needs, when enabled by technology, are very much the same no matter where in the world or how advanced the civilization.

Perhaps we are not so different after all?

Oliver Starr is a well known blogger, speaker and serial entrepreneur. His current blogging is focused on mobile technology and applications, green (eco-protective) technologies, and entrepreneurs and their companies. He is currently engaged as the Community Evangelist for Pearltrees.com, a new social curation tool. Oliver was also a professional cyclist and six time member of the US National Cycling Team.
View all posts by Oliver →
This entry was posted in Humanity, mobile, Pearltrees, Third World. Bookmark the permalink.

3 Responses to Cellphones in Timbuktu