A few amazing comments from others that are Boycotting “The Grey” 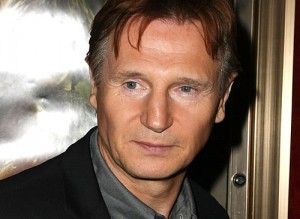 Below are just a few of the comments people have taken the time to post after signing the petition to boycott director Joe Carnahan and Liam Neeson’s movie “The Grey”. While I don’t either of those uneducated and callous individuals will take the time to read what many of Liam’s former fans have to say, hopefully their PR agents and Open Road Films the movie’s distributors will. If enough people stand up and make it clear that having threatened animals killed for the sake of entertainment, let alone for a bastardized (and grossly inaccurate) effort to be “method actors” perhaps other movie studios and directors will make better decisions in the future. In any case, I’ll let the comments of these people speak for themselves: We signed “Boycott “The Grey” For Its Harmful Depictions of Wolves!

# 9,952
23:00, Feb 05, Mrs. Daniela Iancu, OR
Wolves are an important part of our natural ecosystem. They stand no chance against guns and helicopters. And the cattle industry is doing all they can to make sure that as many wolves are dead as possible to protect their livestock. To kill or injure an animal purely for entertainment’s sake is disgusting. I will not watch this movie–I always have trouble watching animals used in movies, but knowing they were really hurt and killed is just too much for me. This movie should have never been made. You should be ashamed of yourselves.

# 9,944
21:43, Feb 05, Ms. Katelyn Schiller, NJ
I will not support a movie that depicts the grey wolf as a bloodthirsty monster and that allows its actors/team to dine on wolf meat during its production. This is utterly disgusting and something should be done about it.

# 9,943
21:29, Feb 05, Mrs. Anna Turner, CO
I had already announced that I would not be seeing this movie, because I’m tired of big bad wolf stories. It’s outrageous. Reading this just confirmed my position. I can’t believe they would go so far as to actually eat wolf meat and used real dead wolves as “props.” Color me disgusted. If you care about wolves, don’t pay to watch this garbage.

# 9,940
21:14, Feb 05, Dr. Cynthia Nielsen, NV
Dear Mr. Carnahan, Mr. Neeson, and all other cast and crew members of this despicable movie, I cannot believe you produced this piece of crap that will only perpetuate the age-old INCORRECT TOTALLY FALSE stereotype of wolves. I am a veterinarian and owner of wolves and wolfdogs, and I hope you get your karma not only for the movie itself but for eating wolf meat???? What is WRONG with you? And all at a time when wolves are being delisted and hunting is now legal. Do you live under a rock? Do you have an agenda against wolves? It sure seems you do! I pray that your so-called movie is a complete flop. I have sent every one of my friends and clients a notice and request to boycott your horrid film.

# 9,937
21:05, Feb 05, Name not displayed, WA
As a wildlife and conservation photographer, having filmed and photographed these magnificent mammals over the years, having helped reintroduce them to extinct habitat, knowing their nature and necessary role in wild habitat, THIS IS A HORRID FABLE MOVIE OF YESTERYEAR, in the line of Aesop and Red Riding Hood,.. Liam, I am GREATLY disappointed in your character taking this role, Joe Carnahan, could you not reach higher in this progressive time of understanding

# 9,935
20:51, Feb 05, Andrea Drummond, VA
Why don’t all the so-called “aware” people in Hollywood GET things sometimes? They have a chance to influence a lot of people, so why does it have to be for the WRONG reasons!?

# 9,932
20:43, Feb 05, Mr. Dave RavenHawk, PA
Wolves in the wild are NO danger to any human. Where is the supposed evidence? There is none, unless one would choose to believe the “poor” cattle ranchers who graze their cattle essentially for free on [stolen from the indigenous tribes] “allegedly” BLM land. What has been done to my native brothers and sisters is also being done to my brothers and sisters of the wolf clan, and it is past time to remedy both of these deadly wrongs.

# 9,931
20:42, Feb 05, Name not displayed, CO
Movies portraying wolves in this light unravel all of the hard work put in by ecologists to disprove the highly inaccurate stories depicted. The fact that decades worth of work have been ignored for the making of a movie is unacceptable and has set back the work of hundreds of individuals and increased the ignorance of the general populace.

# 9,921
20:16, Feb 05, Adrienne Seltz, NM
I like good fiction as much as anyone but this false portrayal of the wolf, an animal that is still steeped in controversy, is irresponsible and alarming. It sadly shows how little respect is still afforded those creatures who share this earth with us. And eating real wolf meat? Well, Liam, you just lost me as a fan.

# 9,920
20:12, Feb 05, Mrs. Sandra Newcomb, CO
I ususally love Liam Neeson movies, but seeing the previews of this one just made we sick. There is no excuse for putting this type of movie in theaters. Wolves have had to struggle so hard to get put back on the map again and this just pushes them back off again.

# 9,919
20:10, Feb 05, Name not displayed, CO
This film will undo decades of careful public education by those who truly know wolf nature. Should have thought twice, Liam. Disgusted.

# 9,907
19:35, Feb 05, Ms. Linda Green, CO
Apalling…using dead wolves and dining on wolve meat. This movie is not acceptable. I will certainly Boycott this movie.

# 9,905
19:31, Feb 05, Christy Grandjean, NM
I can’t believe this movie was even made in this day and age. Every person involved in this film should be ashamed. How is it that there is STILL this much ignorance about wolves in this world? I will -never- watch this movie, ever.

# 9,903
19:25, Feb 05, Ms. Joanne Mazzeo, CT
Sad to think that facts can be so twisted for artistic license. It’s well documented that wolves do not hunt humans. In fact, they shy away from humans. This movie’s depiction of wolves is so far from the truth and will not only harm the reputation of the wolf, it will cause more disturbing repercussions. This film should come with a large disclaimer that it is pure fiction. Even better, don’t go to see it!

# 9,895
19:01, Feb 05, Mrs. Jeri McGinnis, CO
I am deeply disappointed in my favorite actor, Liam Neeson, to have made this movie. After some of the movies he’s made, I assumed he was a compassionate person. The idea of him and his fellow actors reating real frozen wolf meat is beyond depicable. I hope this movie is a big flop and that the actors get educated about the plight of God’s creatures, the wolves, on this planet. Jeri McGinnis

# 9,892
18:54, Feb 05, Ms. Reverend Jane Eagle, CA
Everything about this movie and its making is revolting and insulting. Liam Neeson used to be one of my favorite actors 🙁 SHAME on all.

# 9,867
17:53, Feb 05, Name not displayed, MA
This sickens and saddens me. Is it necessary to portray this animal as a horrible beast? At least make it clear to the viewer that it isn’t how real wolves behave. Unconscionable!!

# 9,866
17:53, Feb 05, Ms. Michele Brown, CO
This is not fair! While we fight to try to save the grey wolf, the motion picture industry fights to wipe them off the face of the earth..Joe Carnahan,Liam Neeson and Cast, SHAME ON YOU! Does the almighty dollar mean so much to you?

# 9,865
17:50, Feb 05, Name not displayed, SC
So is Liam Neeson in the pay of knee-jerk “kill all the wolves and let God sort it out” ranchers? Or is he just ignorant? In this era of species extinctions and threats to wildlife, this kind of movie is reprehensible and will do immense damage to conservation efforts. It fosters negative stereotypes of wolves, and ignorant responses to their place in their Eco-systems. They were there before Liam and his crew: let’s hope they’re there afterwards. Not only will I boycott this movie, but I may just boycott anything Liam makes from here on out.

# 9,863
17:46, Feb 05, Johanna Glenn, ID
Man has no right to hunt or kill this beautiful animal, they have a right to live as much as we do. I have a 80% wolf hybred that would of been killed if i hadn’t taken him in. He is a loving and loyal companion LAKODA, his name means ( BRAVE, STRONG PROUD, FRIEND, AND THAT HE IS!!) They are no threat to humans and they need to be left alone, they belong on this planet every much as humans do, we all live under the same sky, breath the same air, why do humans have to be so cruel?