Listening 101 Should be a Required Course for All Physicians 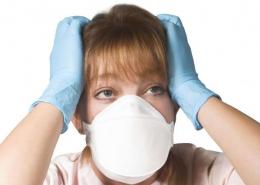 Recently I’ve noticed something with physicians and it has begun to bother me a lot.  They don’t seem to listen to their patients anymore.  Granted, it is possible that I’ve just been unlucky with the doctors I have seen recently but it seems odd that in the past 24 months every single doctor I’ve visited save one – and that one happened to be a personal friend – have all provided what I would consider to be very poor care principally because they don’t seem to listen to what I’m telling them.

I’m wondering if this problem is unique to me or if other physicians are likewise treating patients the way I’ve been treated.  Anyone have a “doctor didn’t listen” experience they’d like to share?

Frankly I find the fact that a doctor wouldn’t listen to me or would out and out disregard what I was telling them out of hand because what I was describing was either unfamiliar or uncommon or else was something that caused them to come to an erroneous conclusion before they’d even done diagnostic tests.

In my case I had one doctor tell me that was I was experiencing was “impossible” another looked at an image I had taken of a microscopic specimen and said “I don’t know what that is but this is what is wrong with you”, while a third actually refused to look at images I brought with me even though the entire reason for the visit was so he could evaluate the images I had brought with me after he’d declined to evaluate them over email telling me that I needed to bring them in for an office visit if I wanted them evaluated.

Frankly each and every one of these “medical professionals” could have used a good dose of listening 101 in their training. Or at least a good listening refresher course.

I mean how arrogant is it for a doctor to tell someone – and particularly someone that was a professional athlete and thus has spent the better part of his life keenly focused on his body, as well as someone that has a biology and biochemistry plus exercise physiology background that they can’t possibly be experiencing what it is that they’re complaining of.

I mean, I’ve only been driving around in my body for the last 41 years, but hey – Dr “I don’t listen to patients” can look at me for fifteen seconds and without performing a single one of the recommended diagnostic tests for my complaint can tell me that I am imagining things.

Except of course that I wasn’t and when I finally decided to trouble my friend for care – he (who happens to be the only professional I visited that DESERVES to be called a doctor) simply did the diagnostic tests recommended for my complaint and found out that yes- I was correct.

This got me thinking – if I’d been less certain of what was ailing me – or if I hadn’t had my own very high quality microscope and the skill to use it – or if I hadn’t persisted seeing different doctors for more than 18 months, and finally if I hadn’t ultimately prevailed upon my friend to look at me and listen to my complaint – just how long would it have taken me to get an accurate diagnosis and thus proper treatment?  2 more years?  4?  Never?  (or until perhaps my problem because life threatening and thus demanded that a truly skilled physician be brought in to figure out what was wrong?)

So what about other people with less knowledge or fewer resources?  Judging from my experience the tremendous arrogance and ego of many physicians is resulting in a lot of people simply not getting the treatment they need because the doctors they are seeing aren’t even doing the job for which they’re being paid.

Since when did it become standard practice for a doctor to ask you what was wrong and then decide that you weren’t really sick after all?

I have an acquaintance that was just diagnosed with Aggressive Stage 4 Diffuse Large B-Cell Lymphoma.  Okay, this might be an uncommon cancer and it might be one that attacked so savagely and so suddenly that it basically riddled his body with cancer overnight – but explain this…The guy has been living with HIV/AIDS for 20 years.  He’s also an Iraq 1 vet and he has recently had two surgeries for a detached retina.  In other words he’s been seen by physicians countless times in the least year.  He’s had blood work done literally dozens of times.  He’d been complaining of pain, fatigue, loss of appetite, and more regularly for the past few months but it wasn’t until he ended up in the emergency room nearly dead from anemia that they finally figured out that he had cancer.

Do you really believe that this cancer just suddenly cropped up?  Or did his doctors fail to look for it because they were making assumptions about his condition based upon his other illnesses?

Seriously, folks, this kind of thing is a big wake up call.  if a doctor won’t listen to us when we describe what ails us and they wish to suggest a course of treatment that is based upon their “considered opinion” one that was reached without performing even the most basic diagnostic tests – this is a problem.

I’ve finally learned that believing a doctor who doesn’t show me the courtesy of believing me first is a big mistake.  While I’ll never know if any of my “non-listening doctors” actually listened to their practice administrators when they went over my complaints with them I do know one thing –  if a doctor won’t do me the courtesy of listening to why I’m there in the first place I hardly think I owe them the money they’re expecting for the service that they chose not to provide.

It’s simple, really.  Listen up – do the right tests and then tell me what’s wrong and I’ll gladly pay you – but if you think for one second that you can take that arrogant “I know better because I’m a medical professional” approach with me, you’re in for a surprise; you don’t take my word for what ails me – why should I take your word that you have a clue what you’re talking about?

And if you’re reading this, Doctors Scheer, Katona, or Carsico – I’ve got a chart to send you and I’ll be expecting my refund and an apology in your responses.

Oliver Starr is a well known blogger, speaker and serial entrepreneur. His current blogging is focused on mobile technology and applications, green (eco-protective) technologies, and entrepreneurs and their companies. He is currently engaged as the Community Evangelist for Pearltrees.com, a new social curation tool. Oliver was also a professional cyclist and six time member of the US National Cycling Team.
View all posts by Oliver →
This entry was posted in Personal and tagged bad medicine, Doctors Dont Listen, malpractice, Medical Nightmares. Bookmark the permalink.