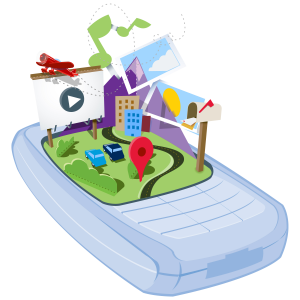 Listening to this “talking head” from Verizon is pretty amazing.  Typical for a big carrier, this guy says one thing and then the company behaves in a fashion totally contrary to their line.  For example, Verizon has service marked the term “Mobile Web 2.0”.  This demonstrates the amazing audacity that only a big company like Verizon exhibits.  In this case, Verizon is usurping a term that they didn’t even coin; what’s more their version of Mobile Web 2.0 bears about as much semblance to the real definition of Mobile Web 2.0 as double entry bookkeeping has to philosophy.

Here’s an example of how “Open” verizon is acting.  Saying they’ve “launched” “Mobile Web 2.0” is a bit like saying that by putting a satellite in orbit Hughes created geosynchronus orbits.

Oliver Starr is a well known blogger, speaker and serial entrepreneur. His current blogging is focused on mobile technology and applications, green (eco-protective) technologies, and entrepreneurs and their companies. He is currently engaged as the Community Evangelist for Pearltrees.com, a new social curation tool. Oliver was also a professional cyclist and six time member of the US National Cycling Team.
View all posts by Oliver →
This entry was posted in mobile, New Gadgets, Nokia and tagged Android, Frog Design, google, Kleiner Perkins, Nokia, OMA, Open Mobile Alliance, Symbian, Verizon. Bookmark the permalink.

6 Responses to AlwaysOn Stanford Summit: a discussion on “open mobile”